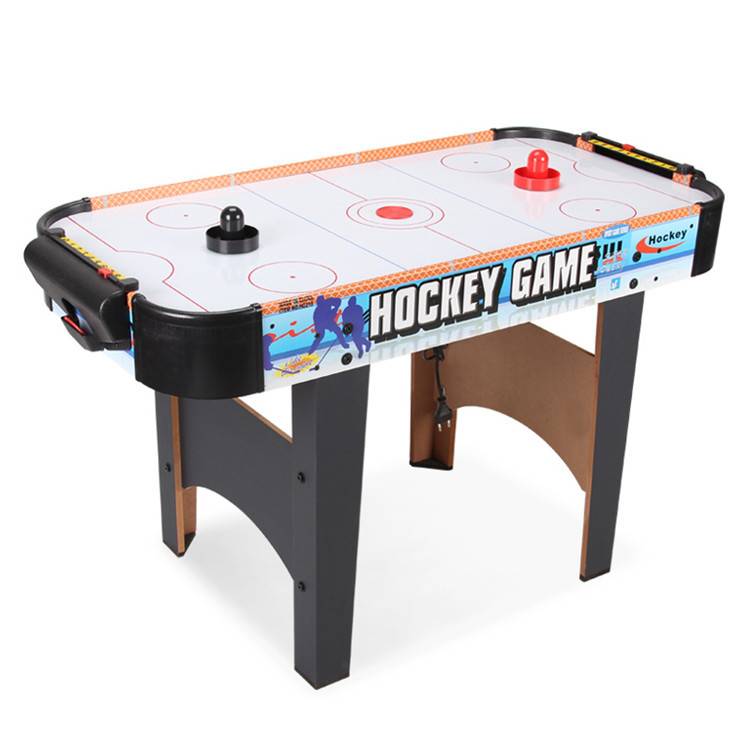 
Send email to us

·Use 12mm thick MDF board for both aprons, more durable

Our air hockey table has white game countertops and colorful graphics that make it look like real ice hockey rinks. In addition, the smooth surface helps the puck to flow quickly and easily to help you get a better gaming experience.

Equipped with 4 full panel legs, our indoor hockey table can effectively prevent the hockey table from shaking or shifting during the game. In addition, premium MDF and PVC materials ensure long-term durability and safety.

Air hockey was invented by a group of Brunswick billiard employees, including Bob Lemieux, from 1969 to 1972. A typical air hockey table consists of a large smooth playing surface, surrounded by rails to prevent the puck from leaving the table and mallets that are slotted in at the ends of the table where the rails serve as targets.

At the back and below the ends of the target table, there is usually a puck return. In addition, tables usually have some sort of mechanically generated air cushion on the playing surface through small holes with the aim of reducing friction and increasing playing speed. Some tables, mechanically shunned in favour of a smooth table surface, are usually plastic, saving money in manufacturing and maintenance costs.

Note that these tables are technically not air hockey tables as no air is involved, however, they are still commonly understood to be due to the basic similarity of the game etc. Cams also exist that use batteries and fans to produce their own air cushions, but they break easily and they are usually only sold as toys.

Not approved for play on HotFlash 2 and other full size commercial neon and/or painted rail tables by USAA, but can be used to learn the game.

1.How to buy an air hockey table

2.What is the Tips to Play Air Hockey

4.How to Set up A Foosball Table, You May Need to Know

5. How big is a mini air hockey table 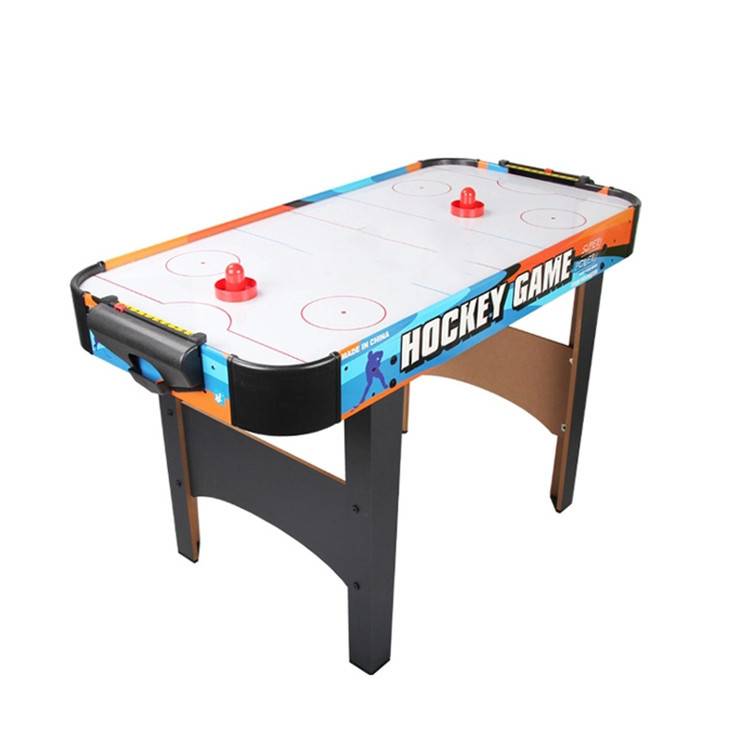 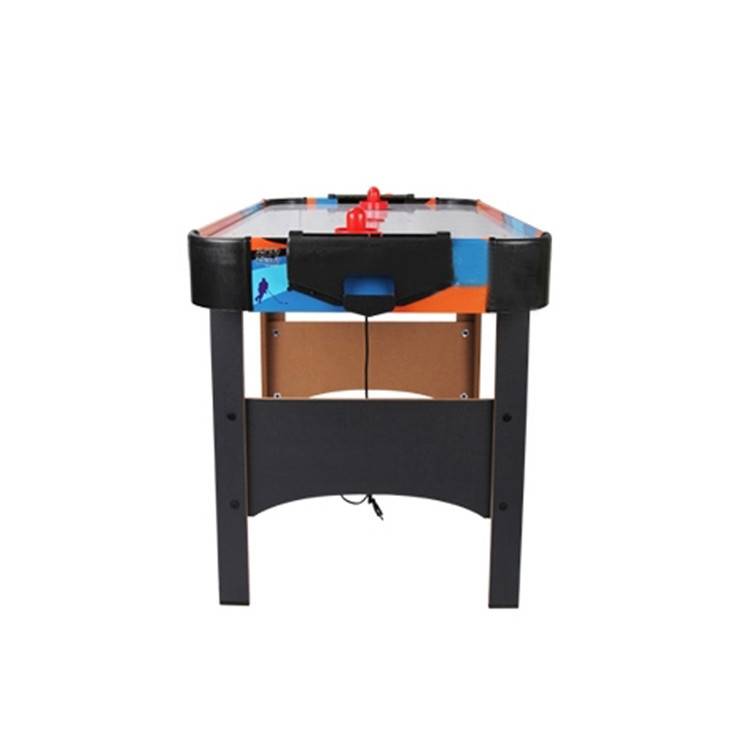 Why buy an air hockey table?

The air hockey table is a great family accessory to release stress, improve reflexes, and is suitable for friends, family and children.

How to choose an air hockey table?

Appearance: You may not think that appearance is important, but a good air hockey table is often well made and matches the table top, making it more enjoyable for you to play.

Smooth surface: A typical air hockey table includes a large, smooth playing surface designed to minimise friction, a wrap-around track to prevent the puck and bat (racket) from leaving the table, and track slots at the ends of the table that act as goals. The key to an air hockey table is therefore how it allows your puck to glide across the surface. This is based on the strength of the air distribution system in the centre of the table.

Question1:Is it loud when the fan is running?

Answer:I don’t feel like it’s loud…you can definitely hear it but it’s tolerable.

Answer:The top is all one piece, legs were put on separately.

Question3:Can I place this outdoors??

Answer:I would not put this item outdoors unless you protect it from the elements. I think the table top would warp if it got wet.

Answer:Yes,it is! Got this for my 5 year old BIG boy for Christmas and he has to go on his top toes to reach the center of the table. We all had a ball playing!

Question5:Can this fold for storage?

Answer:No the table does not fold up. You would have to unscrew the legs

Question6:Is this electric or battery operated?

Write your message here and send it to us